Board of Directors update

At the February CCIA Board of Directors meeting, elections were held for officers and four new directors were seated. Two of the new directors were appointed by the board to serve as “at-large” directors – Lance Atkins from Syngenta Sunflower and Kurt Rubin from Rubin Seeds. Jim Allan is the new representative for the Agricultural Commissioners Association and Todd Rehrman of Lockhart Seeds will represent the California Seed Association. Below is a list and photo of the current CCIA Board and officers; new directors are in italics. 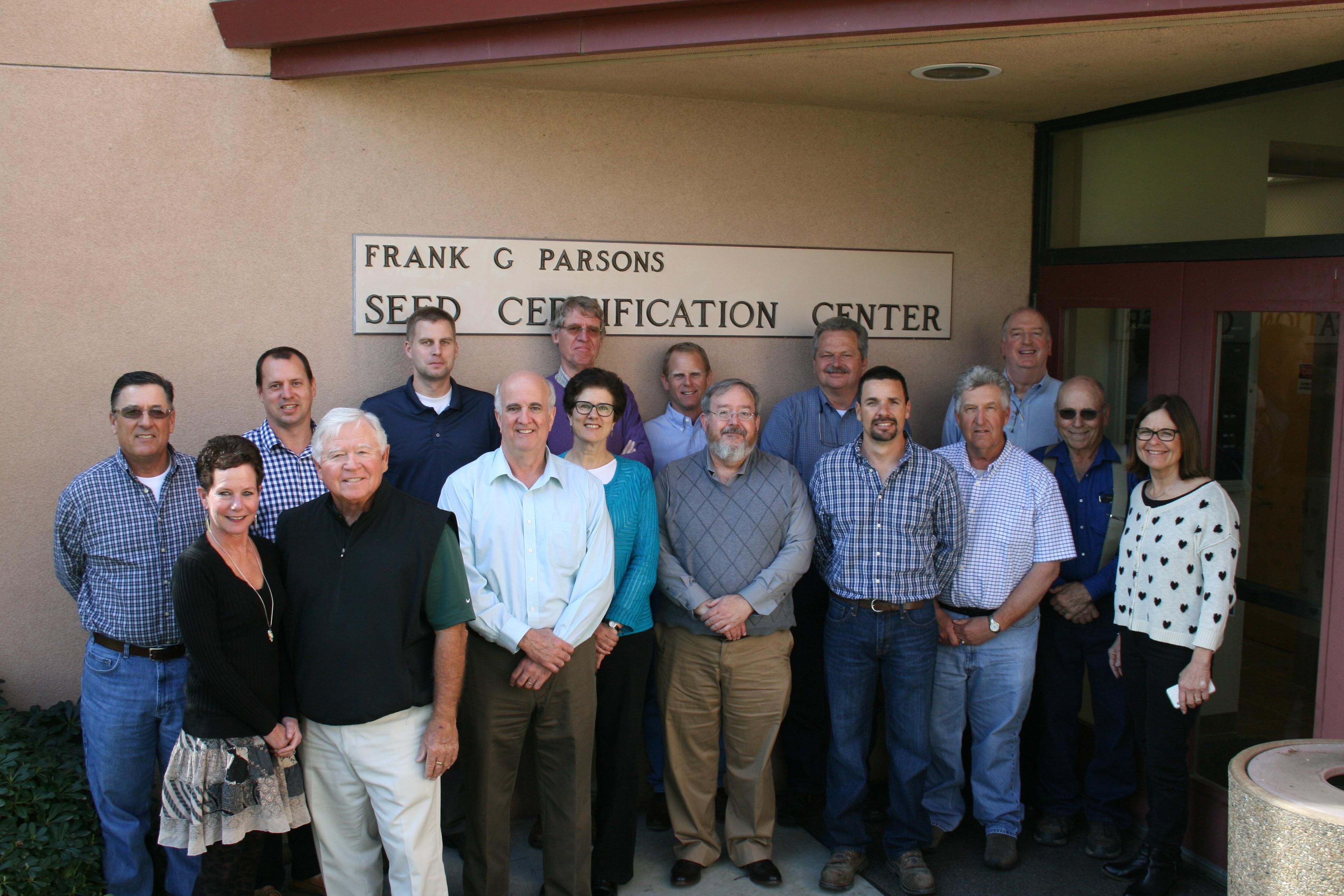 The California Crop Improvement Association (CCIA) conducts a Seed Sampler Certification Program under the oversight of the Association of American Seed Control Officials (AASCO). The objective of this Program is to ensure that all certified seed samplers use methods and equipment that are approved by the Association of Official Seed Analysts (AOSA). Seed sampler training helps achieve uniformity in sampling of certified seed that is produced and used within our state. More importantly, it enables accurate and representative seed analysis results and labels that better reflect the quality of the seed being marketed. The CCIA requires that all seed samples sent to seed laboratories for certification purposes must be obtained by trained, certified samplers.

We are pleased to announce that we will hold another AASCO - CCIA Certified Seed Sampler Training Workshop in Davis, CA on 4 April, 2016. This workshop is intended for personnel from any county Ag Commissioner’s Office as well as employees working for any seed conditioners or warehouses that will be sampling certified seed. Please share this announcement with others who may wish to attend.

In response to requests from organic grain seed merchants and producers in California, the CCIA has developed a new quality assurance program designed to ensure the availability of high quality grain planting seed when traditional certification is not an option. The program was specifically developed for germplasm entities (such as landrace wheats) that cannot be certified under traditional seed certification programs because they do not have a breeding pedigree.

Interest in heritage grain production increased in recent years when organic growers observed that modern grain varieties didn’t always perform well under organic production systems without irrigation. Certain landrace varieties were found to be much better suited to such methods, since they are sometimes able to produce more tillers and can develop larger root systems. Artisan bread makers and restaurants also discovered that stone milled, whole grain flour made from these landrace varieties exhibited a whole new range of desirable culinary characteristics which caused a spike in demand. Unfortunately, without a structured system in place, growers had to contend with seed stocks of heritage grains that had not always been kept as pure and free of other crop and weed seeds as desired.

To help remedy this situation, the California Crop Improvement Association developed and launched The CCIA Heritage Grain Seed Quality Assurance Program to provide a uniform and unbiased quality control system and marketing tool for grain seeds that cannot be verified and merchandised as a class of certified seed as defined by the Association of Official Seed Certifying Agencies (AOSCA).

The CCIA adopted a set of rules and standards in order to ensure the availability of quality seeds that have been produced, harvested, conditioned, sampled, handled and labeled so as to preserve their essential genetic identity and consistency.

Seed produced in accordance with the rules and standards of the Program can be tagged with a Quality Assurance tag (example shown below): 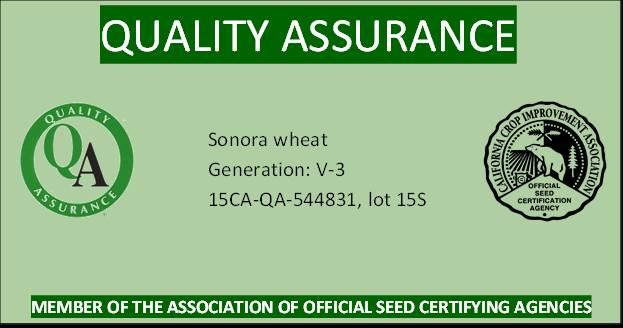 Bob Stewart retires from the CCIA

Robert F. Stewart, who has been the "face" of the CCIA for almost forty years, retired at the end of December 2015. Bob had the pleasure of working with the founders of the CCIA – Frank Parsons, Bob Ball, and Burt Ray – and many other influential people in the California seed industry. He held several positons at the CCIA – Field Programs Manager, Executive Director, and retired as a Program Advisor. The Foundation Seed Program (FSP) was also an important aspect of his work and he held the position of Director when he retired. He was active in seed certification at state, national, and international levels including the European Seed Scheme and the Organization of Economic Cooperation and Development (OECD).

Robert traveled throughout California, the United States and internationally representing the CCIA and the Association of Official Seed Certifying Agencies (AOSCA). He served AOSCA on variety review boards, as a regional director, board member, and president. He was actively involved with numerous county, state and national organizations, seed programs, committees and boards and held many various offices and positions.

In some years, he managed the certification of over 225,000 acres and over 40 different crops. He was involved in all aspects of certification including: administration, management, developing crop standards, evaluation and review of varieties, field applications and inspections, conditioning, sampling, seed analysis, and bagging and tagging. He helped to develop auxiliary services such as the Organic Certification Program, Liberty Link testing program in rice, isolation mapping, post-control grow-outs, audit and review programs, the wildland collected program, and various identity preserved and disease inspected programs.

As the representative of the FSP, he managed the production and distribution of first generation seed developed and released by UC plant breeding programs.

Although he enjoyed all aspects of certification and seed production, Bob states that his “association with the many wonderful people he met along the way has made this a great job”.

To all the owners and leaders of seed companies, to the management personnel, the technical experts in the field and his colleagues of the other certification agencies. Robert says “Thank you all”…

Following Bob Stewart's retirement as Director of the Foundation Seed Program, Chris Van Kessel, Chair of the Department of Plant and Environmental Sciences, asked John Palmer, CCIA Executive Director, to take on this added responsibility. In Palmer’s view, the FSP and the CCIA are a natural fit. He is currently working on a business plan to help ensure the viability of the program for many years to come.