Directors Seated at Board Meeting

The following directors were seated at the February Board of Directors meeting held in Davis on February 25, 2021 via Zoom. The entire list of directors is available on the CCIA web site at https://ccia.ucdavis.edu/board-directors.

The full report with comparisons to past years is available at https://ccia.ucdavis.edu/application-information/five-year-reports-crop. 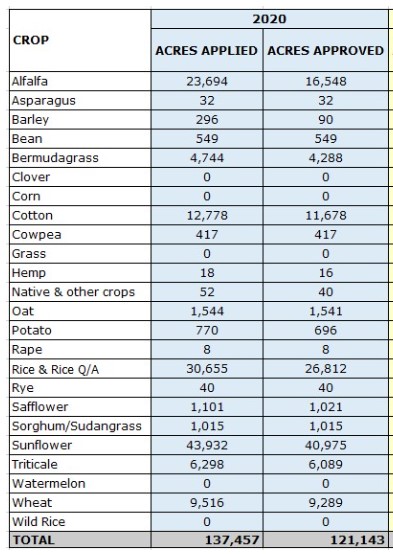 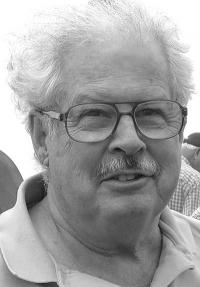 The CCIA directly supported barley breeding and oat improvement programs, led by Lynn and his collaborators, with over $200K in research funds over a 10-year period.  While working on crops of lesser prominence in the current California landscape, Lynn filled niches underserved by the private sector.  In that same spirit, all of the varieties released by Lynn were completely “public,” without PVP restrictions.  Operating on a shoestring budget, Lynn’s prolific breeding program, employing traditional plant breeding methods, was impressive and his contributions to the small grain industry in California will continue to live on.

A 11/19/2020 radio interview with Lynn, where he describes his efforts to develop malting varieties in California, can be heard here.  Obituaries can be read from the Department of Plant Sciences and the Davis Enterprise.

California Crop Improvement Association (CCIA) executes a Seed Sampler Certification Program under the Association of American Seed Control Officials (AASCO’s) oversight. The objective of this Program is to ensure that certified seed samplers use methods and equipment that are approved by the Association of Official Seed Analysts (AOSA).  This seed sampler training generally helps to attain uniformity in sampling of all certified seed. More importantly, it also leads to accurate seed test results and labels that better reflect the quality of seed in warehouses being offered for sale and/or shipment.

CCIA requires that all seed samples sent to the seed testing laboratories for certification purposes be sampled by certified samplers. AASCO requires that such seed sampler certification be valid for 3 years with possibility of re-training every 3 years thereafter. This workshop is intended for the Agricultural Commissioner and private seed warehouse personnel that are or will be sampling seed according to the AOSA rules. We have so far trained and re-trained over 800 samplers from our state over the past 7 years.

However, we started the year 2020 with a workshop at the CCIA’s Parsons Seed Certification Center in Davis where 23 samplers were trained on 4 March followed by the one held at the Fresno Agricultural Commissioner’s Office where 6 samplers were trained on 12 March. At this time many European countries were experiencing a new contagious viral disease [COVID-19], possibly introduced from Wuhan, China, that was quickly decimating their populations and there was evidence that this disease had started causing deaths in the United States as well. Our California Governor issued a statewide Stay-at-Home Order on March 20 and the University of California system issued a compliance directive for university staff and facilities. Consequently, the workshop that was planned for the Desert Research and Extension Center in Holtville on 26 March was canceled. Thereafter all seed sampler training activities were halted with the view to begin when the COVID-19 transmission and infection rates were abated. Unfortunately, as we planned on resuming the training workshops in October a second and more ravaging wave started. We still hope to begin the workshops when the pandemic is controlled and especially with the addition of another layer of protection through vaccinations.

The CCIA has therefore taken a decision to waive the requirement of current seed sampler certification until further notice. For any inquiries please contact Alex Mkandawire [abmkandawire@ucdavis.edu; 916-284-6563].

[Photos are from the Certified Seed Sampler Training Workshop at Parsons Seed Certification Center and Foundation Seed Warehouse at UC Davis on 4 March 2020.]

2020 paralleled 2019’s record high total rice acres in the Seed Certification and Quality Assurance (QA) programs.  A total of 30,655 acres were inspected (including 913 acres in the QA program).  Of this, 26,690 acres were passed for seed, and 3,965 acres were either not utilized to produce seed (i.e. field transitioning to new variety) or were rejected due to a contamination.

Each August, at the beginning of inspection season, CCIA inspectors visit commercial fields with known contaminations to calibrate their eyes for detection of red rice.  Each inspector is equipped with a KOH test kit to test any suspicious off-type plants in seed fields.  In 2020, CCIA inspectors saw a concerning number of fields containing red rice.  In all but one field, the number of plants was low, between 1-6 plants.  ~1023 acres (9 fields) did not pass for seed production in 2020 due to the observation of ~25 red rice plants.  Additionally, there was one field with dozens of plants.

What is going on here?  Each situation was unique.  In the case of two specialty rice varieties of very limited production, the source of red rice was from the seed.  In the remaining fields, the contaminations were not consistent with a contaminated seed source.  Volunteers from the soil seem to be the source in 2-3 fields.  Contaminated equipment was suspected to be the source in a few fields.  We observed the following Types: 1 (straw hull), 2 (bronze hull) & 5 (pubescent straw hull and purple stem node) weedy rice.  One field, newly entered into the seed program, contained a couple unique red rice plants (not one of the six published weedy types) with a straw hull color and long, dark awns.  One field contained a couple plants that appeared to be most similar to one of the red bran cultivars.

In light of these observations, and from what we already know, the rice planting seed growers and commercial rice growers must remain vigilant in using Certified seed (or QA seed, when applicable), scouting your fields, and being judicious with the equipment entering your fields.

Alex Mkandawire submitted the following article to the January 2021 issue of the Potato Grower Magazine.

Certified seed potatoes in California are produced mainly in the Arvin/Bakersfield area in the southern San Joaquin Valley at about 450 feet above sea level and on the McDonald Island and the Terminus area of the Delta region of the San Joaquin Valley near Stockton about 30-60 miles south of Sacramento at about 26 feet above sea level. Seed potatoes are produced annually in the Tulelake area close to the northern border with Oregon about 300 miles from Sacramento at about 4,000 feet above sea level but these acres are inspected and certified by the Oregon Seed Certification Service under mutual agreement between our agencies. This year there was field production in the Westmorland area of the Imperial Valley about 30 miles north of the Mexican border at about 164 feet below sea level and greenhouse production nearby in Holtville about 10 feet below sea level.

Greenhouse planting in Holtville was done in November and the inspections were performed during January 2020. Field planting started on 2 January 2020 in about 38oF maximum temperature weather in the Central Valley and on 13 April 2020 in about 74oF maximum temperature weather in the San Joaquin Valley. The Central Valley crop is sometimes hit by frost but it was spared this year. There were no significant rainfall events during the production season and so fields were fully irrigated as usual. The Mediterranean weather conditions [no rainfall and low humidity during the summer] that prevailed across the state were not conducive for disease development and so high quality crops were produced. California issued a statewide Stay-at-Home Order on March 20 in which the Governor exempted agricultural workers. And so our field inspections started at the height of the COVID-19 pandemic on 2 April in the Central Valley, on 13 May in Imperial Valley and on 1 June in the San Joaquin Valley. Only one seed lot was downgraded in the Central Valley due to mosaic presence. The last field inspections were completed in San Joaquin Valley on 8 October 2020 under ashy smoke-filled skies due to the many wildfires California experienced this year. The California potato certified seed directory may be obtained via the link: https://ccia.ucdavis.edu/application-information/certified-potato-directory.

California’s total production of commercial potatoes was on about 40,000 acres in 2020. The average annual production of certified seed potatoes in California has been about 891 acres for the past 5 years. However, in 2020 we had a reduction from the average to 770 acres. On these acres we had a total of 47 varieties in the Certification Program. Apart from a proprietary variety, the varieties with the most acres were Sifra, Granola, Red LaSoda, Belmonda, Soprano, Red LaSoda NY10 and CalWhite, in that order. 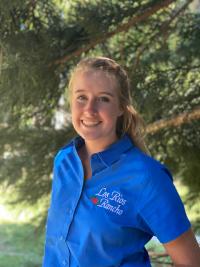 Emma Riley is a student at Cal Poly Pomona. She was born and raised in the foothills of San Bernardino County, in the small farm town of Oak Glen. Emma grew up working on her family’s apple farm, Los Rios Rancho, learning about plants, animals, and the beauty of the natural world. At 18, Emma began attending community college in the hopes of pursuing a degree in Animal Science. However, her interest quickly turned to plants when she experienced the joy of growing and selling her own crops at the family farm. She has continued to farm a 1 acre plot organically, using only horse power, and selling the produce. At 20 she entered Cal Poly Pomona as a student of Plant Science.

While at Cal Poly she has had the opportunity to compete in the National Collegiate Landscape Competition in Denver. Emma also had the opportunity to compete in the GCSAA Turf Bowl competition, 2 years in a row, on a team winning 7th place in the nation for the year 2020. Emma expects to graduate with her Bachelor’s degree in plant science and with dual minors in soil science and agronomy in June of 2021. She is excited to enter the world of agriculture as a plant scientist and to contribute to the community by breeding and improving agricultural crops. Specifically, Emma would like to enter the world of improving apples and tomatoes to produce more sustainable crops which will be competitive in a changing environment 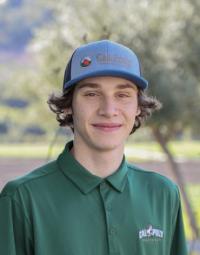 Cal Poly San Luis Obispo student Shae Tobin is a junior. For the past year, he has worked closely with Dr. Shashika on multiple research projects at the Strawberry Center’s Pathology lab.  He has contributed on projects to investigate resistance to specific strawberry pathogens.  While working at the Pathology lab, he has learned about the importance of Integrated Pest Management, laboratory research, and the interaction between genetics and the environment. He is also interested in other crops such as Cannabis, a relatively new agricultural commodity, and hopes to contribute to the scientific understanding of this species.  Since there are not many registered pesticides available for use, he believes resistance breeding will become a major focus in the Cannabis industry as new pathogen problems begin to emerge.

For his senior project, he plans to investigate polyploid induction of Cannabis and validate the results from recent research done by Lubell and Brand, 2020. He believes triploid breeding, the crossing between a diploid and tetraploid, is the future for Cannabis variety development.

Post-graduation, he plans to study Cannabis breeding.  As the Cannabis industry develops into a major agricultural sector, there is a need to develop more reliable and stable cultivars for disease resistance, hardiness, and plant vigor.